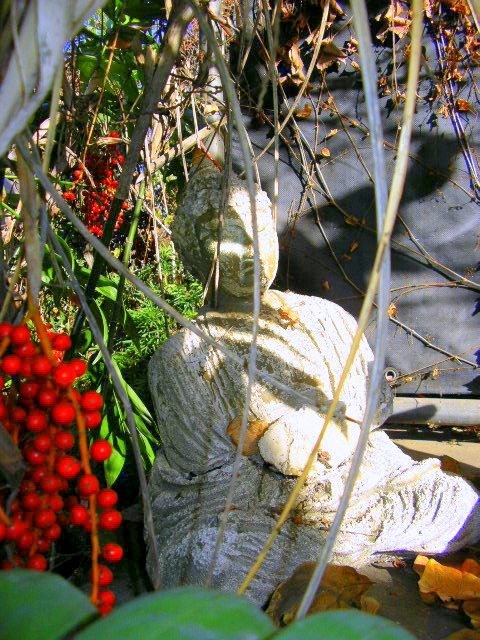 A Way Out of the Overload

How do we simplify? There's a welter of information, advice, techniques, schools and every imaginable video tape available on the market to answer that question for you. In making a selection from this movable feast you'd want to take into account the background and credentials of the person offering you a way out of the overload. That's assuming you didn't just throw up your hands in exasperation and walk away from the task entirely.

I recently encountered a credible voice amidst the tumult. Richard Machowicz was a member of the U.S. Navy Seals. Having left the service he continues to work in the field of personal protection and teaches an intensive workshop in Southern California as he trains to become initiated as a Buddhist monk. That's a pretty strong curriculum vitae for cutting through the crap, wouldn't you say?

Richard Machowicz has written a book, Unleash the Warrior Within, which may serve as a modern day karateka's Guide to the Perplexed. Machowicz is a reductionist in the sense that he's an advocate for "thin slicing," the term Malcolm Gladwell popularized in his best-selling book Blink. Thin slicing allows a person to rapidly assess a novel situation and identify the important, noteworthy elements in that situation that need to be addressed first as it unfolds. The emphasis is on the word "rapidly."
I've written at length in other posts about Budo, the aspect of martial arts training that introduces a meditative and aesthetic counterbalance to the havoc of combat. This post will look, with Machowicz's help, at the other end of the "Bu stick", the end occupied by bujutsu, the techniques and doctrine of close-quarter combat.

Machowicz's most important contribution, in my opinion, is his emphasis on target practice. Rather than getting bogged down in what to do, the trainee would benefit enormously if instead he or she was very clear about what to hit. Once that decision is made, the body does what it must to get a successful outcome. This simple fact is often overlooked in training where, just like with the smorgasbord of self-help books, the trainee can get bogged down in a worry of waza.

Machowicz reminds us that most vital targets are on or near the midline of the body; eyes, nose, throat, solar plexus, groin, instep of the feet. Our main targets will dictate how we move and what weapons we use. Such advice is useful even for the trainee who is interested primarily in tournament fighting or dojo sparring, with personal protection being somewhat less of an interest. Of course the eyes, throat and groin are off limits in most tournaments, but maintaining an awareness of the opponent's midline as well one's own serves the trainee well in developing concentration and effective choice of weapons (forefist, knife hand, spear hand, elbow, foot, knee, etc.).

Taking this approach to training, the novice can make significant progress from the get go. The more experienced trainee can also find refuge in this simple approach. Rather than involving ourselves in complex motor plans that lead to nowhere, we can get out from under the overload of choice by simply selecting a target and using the weapons best suited for striking it. Simple to say, not so easy to do. But worth the effort to practice. Gambatte kudasai! See you in the dojo!