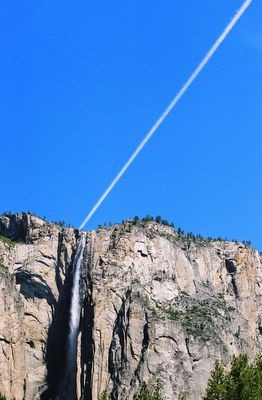 This Japanese word, kizeme, means "spirit of attack." It is said of Miyamoto Musashi, the famed Japanese swordsman, that as he grew older he relied more on kizeme to defeat adversaries and, as a result, emerged victorious from challenges without taking the life of his opponent.

The willingness to attack is a potent weapon, made even more potent by prior demonstrations of effective technical skills. Clearly, Musashi's reputation preceeded him throughout Japan and this alone would be enough to intimidate even the best swordsman of the age. Yet it was not just "hype" that Musashi employed in his duels.

The strategy of Musashi's midlife, according to Kenji Tokitsu's recent biography of the famed swordsman, was that of incessant interdiction of his opponent's attack. Musashi placed enormous emphasis on intense training. Musashi himself claimed that it was through this lifelong boot camp approach to the practice of swordsmanship that he had developed the ability to perceive the will of his opponent even before it was made manifest in action. Intuiting his opponent's action before it even took shape, Musashi was able to take the initiative in battle and stifle his opponent's every move. It is this capacity for premonition, honed through years of training, that Musashi's biographer identifies as the "spirit of attack." To the modern trainee, it might just as well be called "defensive driving."

What kizeme, the spirt of attack, truly represents is the capacity for undiluted commitment. Such commitment requires a certain immunity to irony. Irony, it has been written, is the view of a person looking backward from the present. Faith is the view of a person looking forward. Be that as it may, kizeme requires a whole-hearted approach and a willingness to commit oneself to taking action, i.e. attacking the problem. The modern trainee may not be able to match Musashi's long hours of daily practice, but the trainee can embrace his or her own capacity for commitment.

Action is the expression of the will and will is the divine spark that flows from choice. Choice allows the trainee to override prejudice and base instinct, the default settings of the organism, in favor, if it is so desired, of the greater good as the trainee understands it to be. It is the trainee's capacity to choose between two or more alternatives on the basis of prior experience rather than because of some default genetic wiring which elevates his or her choice to a spiritual level.

We are, as many a spiritual teacher has pointed out, the product of our voluntary choices. For every action there are consequences and it behooves the trainee to take this law into account when considering his or her actions. Once this is sorted out in the neo-cortex or reasoning part of the brain, the trainee commits without reservation from the older emotional and reflexive parts of the brain.
Kizeme is not a blind rush forward on the basis of wishful thinking. It is the product of years of dedication and an instant of inspiration alike. It is nurtured through commitment to commitment itself. Gambatte kudasai! See you in the dojo.