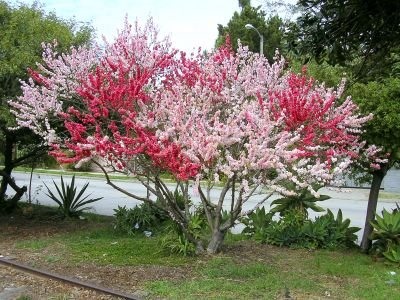 On a Wednesday evening when friends are going to a movie or out to dinner, you're at the dojo training.

On a Sunday night when your show or the game is on the television you're not home to watch it, you're at the dojo training.

On a Friday night when the town is full of excitement you're at the dojo training.

The physical demands of training in the Seido dojo are hard enough without the emotional demands that training places on the karateka. The emotional demands arise in sometimes unexpected ways. Training at the dojo takes the karateka away from "what everyone else is doing". In some instances, training places stress on the karateka's relationship with his or her "significant other". What makes sense to the karatekain terms of their time commitment to training is often a source of dismay to their partner. These complications can confuse the sympathies and cloud commitment.

What keeps you, the Seido karateka, coming to the dojo in light of the above? In a word, it is kokoro. It's the trainee's "heart" or "deep feeling" that keeps him or her training when the bumper-to bumper entertainments along the well-traveled road outside the dojo sing their siren song. We've all heard that song. Like Ulysses in The Odyssey, we may even wish to succumb to it. What allows the trainee to resist the temptations of "what everyone else is doing?" Kokoro!

Kokoro is what separates the trainee from the vast majority of people. Dedication to the journey of karate-do with its rigors and rewards makes the trainee something of an oddity in the world of fast food and cheap thrills. The capacity to sublimate the tendency to take the path of least resistance and submit, instead, to the more demanding Diamond Lane* of consistent training is uncommon and unreasonable.

Seido karate-do advocates for three principles that serve as spirit-guides, if you will, for the unreasonable journey. The first two, love and respect, are easily understood if not so easily practiced. Love and respect are universal themes and readily relate to the spiritual core of Seido. The third principle of Seido, obedience, is the one that often gives the modern, sophisticated voyager the most trouble. Obedience has connotations that just don't sit well in the mythology of the modern world. The very concept of obedience seems most unreasonable to our sensibilities. It's, like, so 16th Century, man!.

Yet it is not. Igor Stravinsky, the 20th Century composer of The Firebird Symphony (among many other pieces of music) stated that he found that his capacity to create was inhibited rather than enhanced by the absence of rules. Keep in mind that Stravinsky's music was considered scandalously uninhibited in its day. Nevertheless, he cherished the conventions of music; scales, keys, harmonies, rhythm. Stravinsky stated that without the limitations such structure placed on him and his obedience to that structure he could never have embarked upon the road of invention and innovation that led to his great and lasting contributions to the tradition of music.

Stravinsky's story underscores a timeless and eternal reality. Only by submitting one's ego to something beyond itself can the individual fulfill their destiny and experience the riches of the spirit. All great spiritual traditions speak of the moment of transformation when the narrow ways of self-interest are discarded or removed and the individual enters into harmony with the force of Life. Contrast this understanding with the vision offered in most contemporary martial arts movies. There the individual's ego prevails and wholeness is offered not through humility but through ego-inflation and violence.

Half-hearted effort rarely provides the ingredients for growth. Kokoro'scall for persistent sacrifice and the sublimation of unconscious impulses is essential to any creative effort. Through steadfast obedience to forms and structures originating beyond the human ego, the trainee is humbled. Through humility, the trainee encounters spirit. Through spirit, creative transformation presents itself and order is formed out of chaos. The Diamond Lane of sublimation and sacrifice is the trainee's true road on this most unreasonable of journeys. Though not well-traveled, it has endured through time and waits for the trainee here, now. Gambatte kudasai! See you in the dojo.

*On the freeways of California the Diamond Lane is reserved for vehicles carrying more than one person and is offered as an option to avoid congested traffic lanes of the solitary drivers. While it appears on its surface that the Diamond Lane is the path of least resistance (less traffic), in fact there is huge resistance to carpooling among the solitary drivers. From this perspective, the bumper-to-bumper traffic in the non-diamond lanes more accurately, and ironically, represents the path of least resistance (the choice most people are most likely to make most of the time). Conversely, the Diamond Lane, which requires sacrifice and compromise with others, the very things we resist the most, represents the journey of unreason.