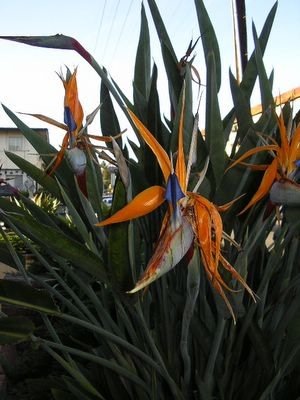 Many critics of Traditional Martial Arts (TMA) base their criticisms on the training methodology of the "old school." Kata and pre-arranged partnered sets, they say, don't prepare the trainee for anything "real." The approach of TMA, they continue, is based on assumptions about an attack that just don't stand up to what happens in a real close quarter confrontation. No one, for example, would ever punch from the chamber position, nor would anyone ever assume a zenkutsu dachibefore initiating an attack.

Of course, these critics are right. Artifacts of TMA training such as the chambering of the hands or feet and the assumption of a particular stance prior to attacking have no place in a fight. What these critics overlook, however, is that such artifacts aren't intended to address fighting any more than a Marine's parade drill is intended to produce marksmanship.

The intention of kata practice or partnered rehearsal of punch-block-kick combinations is the development of unit cohesion and the production of a heightened motor control that, in turn, improves conscious awareness. This kind of practice seeks to avoid setting off the blind brainstem reflexes that are programmed to "kick in" during a real threat situation. Provocation of the brainstem reflexes, however, is exactly what TMA's critics militate for. That is, they're all for going "live" during training.

Why not train the brainstem reflexes if they are in fact the 'cavalry' that will save your life while the rehearsal-based martial artist gets dragged off by the enemy with his or her hand frozen in chamber position?

The first and simplest answer is that reflexes don't need to be trained. They are, by definition, reflexes. It would make as much sense for you to train to sneeze. In a similar vein, when a loud sound goes off close-by, people will either automatically duck to avoid or perk their heads up to see what's happening. These two options, flexion or extension, are built into the nervous system without any conscious oversight from the trainee. They would come to your aid even if you didn't want them to. Reflexes can grow dull without periodic challenges, it's true, and a round or two of kumite with a partner whose skills are better than yours on a periodic basis will suffice to recalibrate those rusty reflexes. But recalibration is not 'training.'

Those advocates of "live" practice often speak of the "emotional" or "psychological" aspect of violence and propose that their method prepares the trainee for that aspect by replicating it in the training hall. Studies of soldiers and first responders show that during a real "stress event" the heart rate goes through the ceiling, the mind fills with fear and fine motor skills are rendered inaccessible. The "live" fighter wants things to get as hairy as possible in the training hall in order to be familiar with the chemical cascade and emotional fog of violence so that he or she won't freak out when the real thing happens.

David Grossman, a military psychologist and author of "On Violence" disabuses the advocates of "live" training of their proposition. Simply put, nothing can prepare the individual for what happens during real live combat. There is no way to train for it in its hellish entirety.

Those who wish to train for "the octagon," know in the backs of their minds that, no matter how brutal things get, they're not fighting to the death. The referee will step in to prevent that. The cascade of chemicals that kicks in during real combat doesn't get activated in the octagon. Reality is of a different chemical order than practically every other alternative. The military knows this. It's one reason why it spends so much time and effort establishing unit cohesion in the recruits rather than subjecting them to virtual realities that, while persuasive, aren't convincing. When the shit hits the fan group cohesion is more likely to spare your life, not some hypothetical immunity to the effects of terror. As for those who say that Special Forces train in authentic simulations, well, that's as may be. But training for the Octagon or other No Holds Barred events while stressful are still a dollar short of combat reality.

The benefits of placing your system, physical and psychological, under acceptable amounts of stress should be clear. The trainee needs to experience the sense of being out of his or her depth to become acquainted with the signs of panic and learn simple steps to de-fuse it. Panic is the enemy. It is good to know the enemy and how the behaves prior to engagement. A good Traditional Martial Arts school, like Seido Karate, can provide these encounters with uncomfortable, even frightening, emotional states in an environment constructed to help the trainee navigate through those choppy waters and avoid physical and emotional shipwreck.

The dojo is a place where the trainee comes to express humanity in the service of change, not reinforce his or her natural barbarism and resistance to change. Facing one's own capacity for egoism and smallness is still a challenge worth taking on. Gambatte kudasai! See you in the dojo.